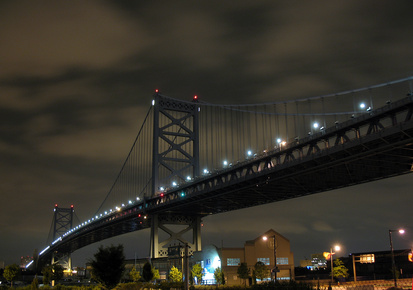 Daryl Winston is the founding attorney at Winston Law Firm, LLC and has built a remarkable reputation as a consummate trial lawyer in Pennsylvania and New Jersey.  Judges and colleagues have applauded his masterful attention to detail and talents in the legal profession for nearly two decades. Recently selected as a Pennsylvania Super Lawyer, Mr. Winston has an incredible ability to transform complicated and complex legal issues into artful presentations in the courtroom.  In addition to a brilliant legal career, he is also an ordained minister, for a prominent New Jersey church, making him one of only a few ministers with law degrees. Mr. Winston attended and graduated with honors from the prestigious Temple University Beasley School of Law LL.M. in Trial Advocacy, ranked by U.S. News & World Report in the top two in trial advocacy programs.  Mr. Winston concentrates his practice on commercial litigation, catastrophic injury, employment matters and risk management.

Mr. Winston began his career as an in-house trial attorney at State Farm Insurance for eight years. After leaving State Farm, Mr. Winston demonstrated his ability to handle significant personal injury cases on behalf of Wal-Mart Stores, Inc., as a seasoned attorney. Later, he continued to handle personal injury cases at a top-notch law firm focusing on personal injury and commercial litigation. Afterwards, he became of counsel with Conrad O’Brien handling complex commercial litigation matters. Mr. Winston has a unique sense to draw out the facts from his clients, and expertly apply the law to achieve significant results.  He was ultimately recruited by a prestigious catastrophic personal injury law firm and handled multi-million dollar cases before establishing Winston Law Firm, LLC.

Consistently providing superb legal representation to his clients by resolving their legal needs promptly and efficiently, Mr. Winston has an impressive portfolio. Undefeated in the United States District Courts for the Eastern District and Middle Districts of Pennsylvania, Daryl Winston has successfully represented major companies and individuals.

Beyond the Law, Community Services

And he shall be like a tree planted by the rivers of water, that bringeth forth his fruit in his season; his leaf also shall not wither; and whatsoever he doeth shall prosper.